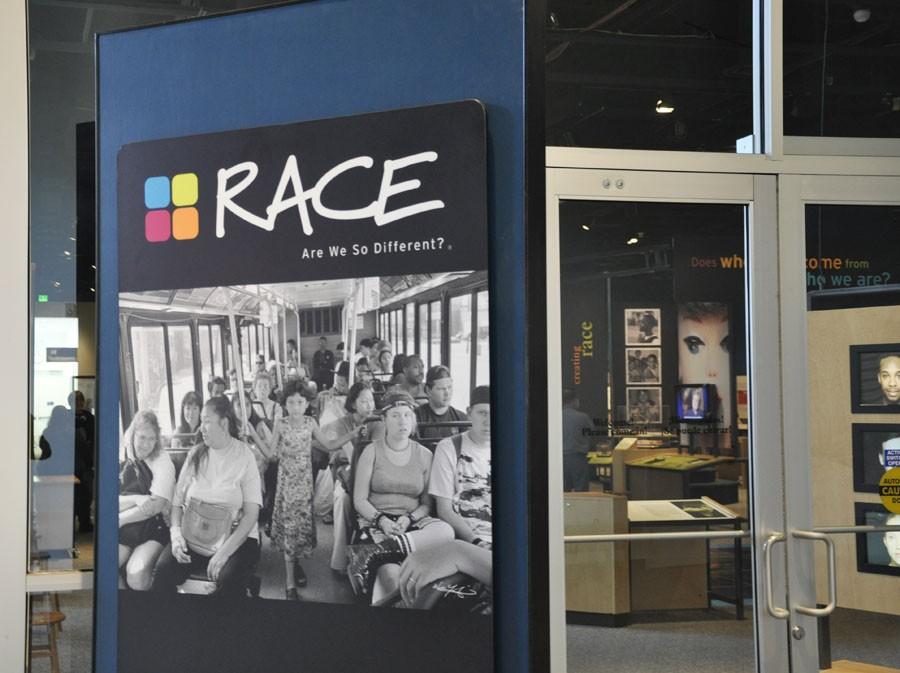 "Race: Are We So Different?" runs during the normal hours of the Science Museum and is included with a general admission ticket.

Museum seeks to educate about race

Gallery|2 Photos
Josh Halper
"Race: Are We So Different?" runs during the normal hours of the Science Museum and is included with a general admission ticket.

Sophomore Megan Perkins loves living in a community where people are accepted no matter their race.

“I think being part of a diverse community helps us get different opinions about certain things based on what your race is and it helps with making yourself more culturally aware,” Perkins said.

“I think the main goal is to help people understand that race is not biological, that we’re much more alike than we are different, that we share a common ancestry,” Jones-Rizzi said.

Perkins said she believes race should not play a factor in grouping people by physical differences.

Jones-Rizzi said the exhibition focuses on the three main themes of biology, history and everyday experience in relation to race.

Jones-Rizzi said the history of race contributes to different misbeliefs.

Although race may be different, we’re still all people — we think, we have the same emotions.”

“There is a history in this country connected with why people think that (race is biological) and even though it is not biological it is very real and there’s race and there’s racism and it impacts all of us,” Jones-Rizzi said.

“I think that they can see and understand inequalities in society in a way that is framed in a different way,” Jones-Rizzi said.

“That generation will grow up with less stereotypes and less judgement and will be a more open-minded people and that will be more supportive of each other,” Perkins said.

Jones-Rizzi said the exhibition provides a foundation for people to make educated decisions about race.

“Everybody’s going to bring their point of view and how they think about a topic whether they know a lot or whether they have assumptions about it and we can try to clarify some of their assumptions and give them factual information so that they can make informed decisions and reflect,” Jones-Rizzi said.

Jones-Rizzi said the exhibition seeks to get people interested in conversing about and learning more about race.

According to Perkins, starting conversations about race will reduce the stigma surrounding it.

“I’ve noticed how big of an issue race has become in our school but also in the community and outside of Minnesota and all over the place,” Perkins said. “I think people need to talk about it because it’s an uncomfortable subject and the more people talk about it the less uncomfortable it gets.”

The museum is open 9:30 a.m.-5 p.m. Tuesday, Wednesday and Sunday, 9:30 a.m.-9 p.m. Thursday through Saturday and is closed on Mondays at the Science Museum of Minnesota. Admission is free for children three years and under, $10 for children four to 12 years and $13 for anyone older.