F. Gary Gray’s “Straight Outta Compton,” which chronicles the success of Compton rap collective N-wordz With Attitude, is just as brutally honest and unforgiving as the group’s music and lifestyle.

“Straight Outta Compton” begins in 1986. As the city of Compton, California becomes increasingly more dangerous, five young men join together to tell their city’s story and attempt to make it out alive.

The group, titled N-wordz With Attitude (NWA) was comprised of rappers Dr. Dre, Ice Cube, Eazy-E, MC Ren, and DJ Yella. They release their debut album titled “Straight Outta Compton” and immediately soar to stardom. But along the way, the group must face the law, their old lives and themselves.

Gray, the film’s director, showcases one of his best works yet. His casting, such as using Ice Cube’s son, O’Shea Jackson, Jr. to play his father, is a bold move that pays off. 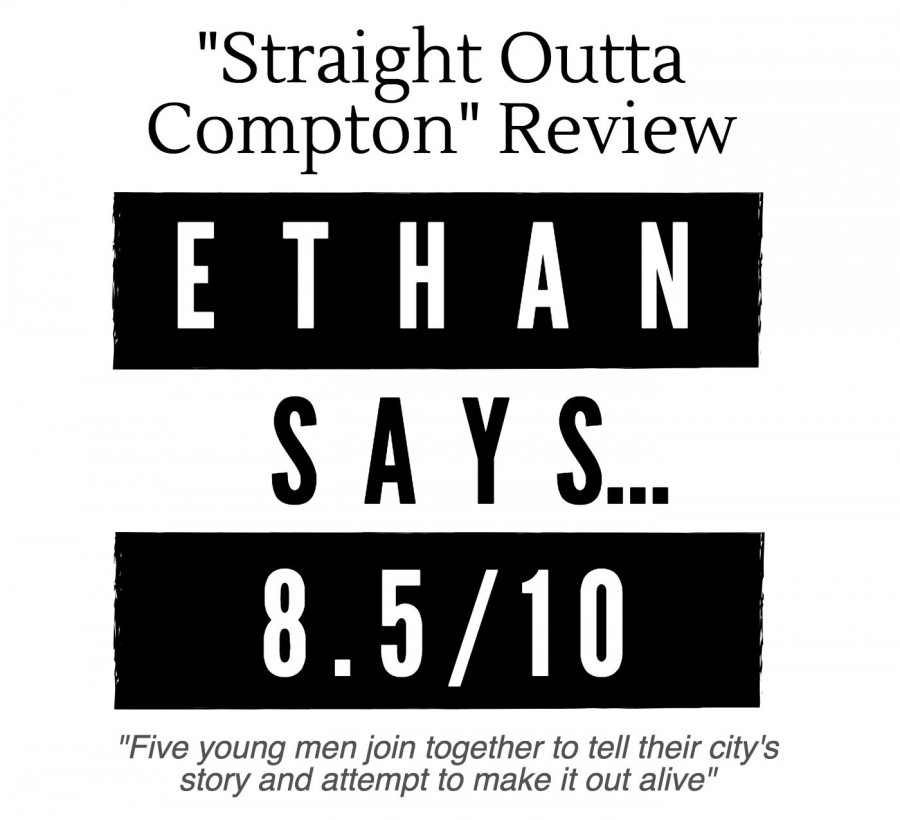 NWA’s stardom was short lived, breaking up after multiple conflicts between the group members. Gray balances the depiction of the group’s wild lifestyle and turbulent existence extremely well throughout the film.

The acting is one of the stronger pieces of the entire film. Jason Mitchell, who portrays Eazy-E, does an unbelievable job at showing the complexities of the rapper’s role in the group’s inception. Mitchell also successfully characterizes Eazy-E as he slowly succumbs to AIDS. Corey Hawkins, who plays the role of Dr. Dre, depicts his ups and downs throughout Dr. Dre’s young life in exemplary fashion. This is highlighted by his acting in Eazy-E and Dr. Dre’s final scene together, in which Hawkins gives the most emotional performance of the entire film.

The only large inconsistencies are found in the film’s plot. Although Gray does a superb job of covering many chronological events from NWA’s career, bias exists Dr. Dre and Ice Cube are executive producers of the film and both got into multiple altercations with Eazy-E during NWA’s career. The film sometimes seems to favor Dr. Dre and Ice Cube, and may leave viewers wondering if the story would be different had Eazy-E not passed away.

NWA’s and namely Dr. Dre’s violence toward women were omitted from the film, which is peculiar because Dr. Dre’s assault on television personality Dee Barnes took place during the height of NWA’s fame.

As most musical biopics go, “Straight Outta Compton” is up there with the better half. Although the plot gets somewhat unclear in parts, the outstanding acting, directing and casting of the movie outshine its flaws. The film brings NWA’s music, which revolutionized West Coast hip-hop and electrified thousands, to a pinnacle. Gray beautifully captures the rawness and talent that NWA flaunted so confidently, giving the group a biopic truly deserving of praise.