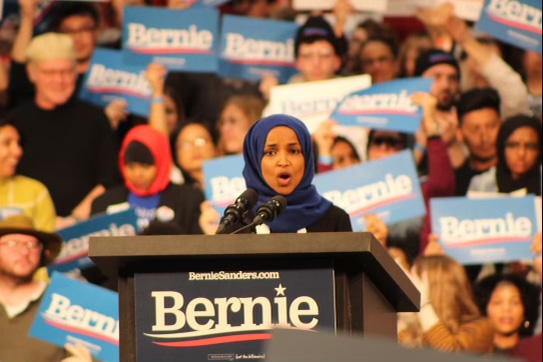 After discovering former Vice President Joe Biden was declared the projected winner of the 2020 election, junior Semona Robel said she felt an overwhelming sense of relief, as she believes Biden will work to improve the country while protecting the people.

“It was just really relief. (That is) the ultimate way to describe it,” Robel said. “After four years of Trump and experiencing the way that he divided this country, I truly think that it was just a huge feeling of relief.”

Senior Elliot Salmon said he supports the reelection of President Donald Trump as he believes Trump has and will continue to support minority communities.

“I would be disappointed to see Biden in office. I think he has a reputation where he’s been in office for 47 plus years and has actually hurt many minority communities that are currently vouching for him,” Salmon said. “I would prefer to see Trump win because despite him being a very inflammatory person or the things he has said, he continues to do big things for the black and Hispanic communities in terms of job reform, prison reform and even in the medical field of dropping drug prices.”

Although he is feeling good that Trump was not reelected, junior Paris Lim said he is still feeling let down as he dislikes Biden as well.

“I feel good about it in that Trump is no longer going to be the president because I don’t like him at all. But at the same time, Biden does have allegations of sexual misconduct against him and he is not what I would have chosen,” Lim said. “Definitely not my first pick as far as Democratic candidates would have gone.” 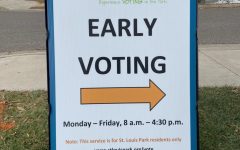 As the week progressed the race seemed to lean more in Biden’s favor so Biden victory came as no surprise to sophomore Isaac Israel.

“I wasn’t surprised once I learned all the new developments after Wednesday morning,” Israel said. “Tuesday night it was looking very grim for Biden. Then, when he pulled ahead in Wisconsin and Michigan, then I wasn’t surprised it was a win.”

Despite not being a fan of Biden as he disagrees with many of his policy plans, senior Ben Lubka said he is happy with the results.

“I dislike Joe Biden, as he has many faults like on the economy, he’s not good for foreign policies. But, unfortunately, with most elections, you have to pick between two candidates that are not very good. And the reality for me that Trump has very objective negative qualities,” Lubka said.

Salmon said he is frustrated by people on social media declaring Biden the president-elect as the full electoral process has not been completed so he is only the projected presidential elect.

To Lim, the president matters because of the policies they set and when it comes to policies, Lim said he supports Biden over Trump.

“I’m probably more in line with (Biden’s) moderate streak in the Senate and as Vice President and now as a presidential candidate,” Israel said. “Aside from the policy, I think he’s more respectable than Trump.”

Throughout the course of the election, Robel said she felt the country was divided and the political climate felt tense.

Not just the president but every elected official because the people who are in government, especially the President, have a very large effect on your day-to-day (even if) It may not seem like it”

The current two-party system frustrates Lim as he said he feels the candidate options have gotten worse over time.

“I hate (the two-party system) so much; it made me really disappointed and frustrated because over the last couple of elections, it just seems like it’s pretty deep that most other candidates have been getting worse in my opinion,” Lim said. “It’s become more of a battle of who’s less bad than who’s actually good.”

The phrase “settle for Biden” represents and stresses how Democrats were settling for Biden which to Robel is an important thing to remember.

“Biden is not a perfect candidate. I would argue that he wasn’t even the best candidate. But he is much better than Trump and sometimes in life it is necessary to settle in that a lot of people would rather have someone like Joe Biden, compared to someone who is openly racist, homophobic, transphobic (and) xenophobic. So basically someone like Trump,” Robel said.

It is crucial that everyone, including students, care about the election as all elected officials make decisions that affect everyone, according to Lubka.

“It’s very important,” Lubka said, “Not just the president but every elected official because the people who are in government, especially the President, have a very large effect on your day-to-day (even if) It may not seem like it.” 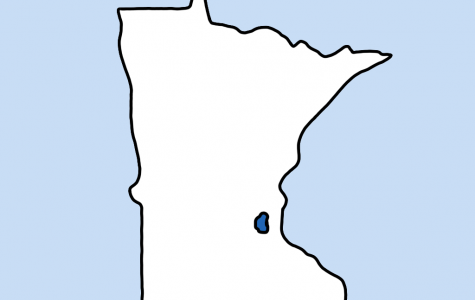 The Minnesota Senate is composed of 67 members. Each district in Minnesota has one senator. All 67 senators were up for reelection Nov. 3. The District 46 seat, which represents St. Louis Park as well as many other Minneapolis suburbs, was won by incumbent Ron Latz. Latz has served since 2007 and will be up for reelection in 2024, according to Ballotpedia.org.  The Minnesota House of Representatives ... 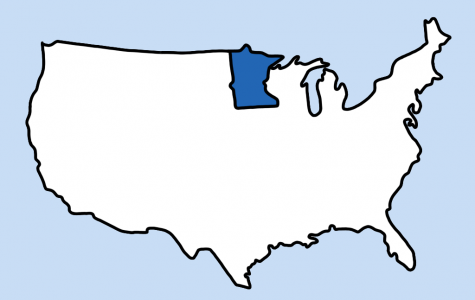 The U.S. Senate is composed of 100 members, two from each state. Only one seat was up for reelection Nov. 3, and the seat was won by incumbent senator Tina Smith. Smith has served as a senator since 2018 and will be up for reelection again in 2026. The U.S. House of Representatives is composed of 435 members divided proportionally among states based on their populations. All eight representatives from Minnesota were up for...