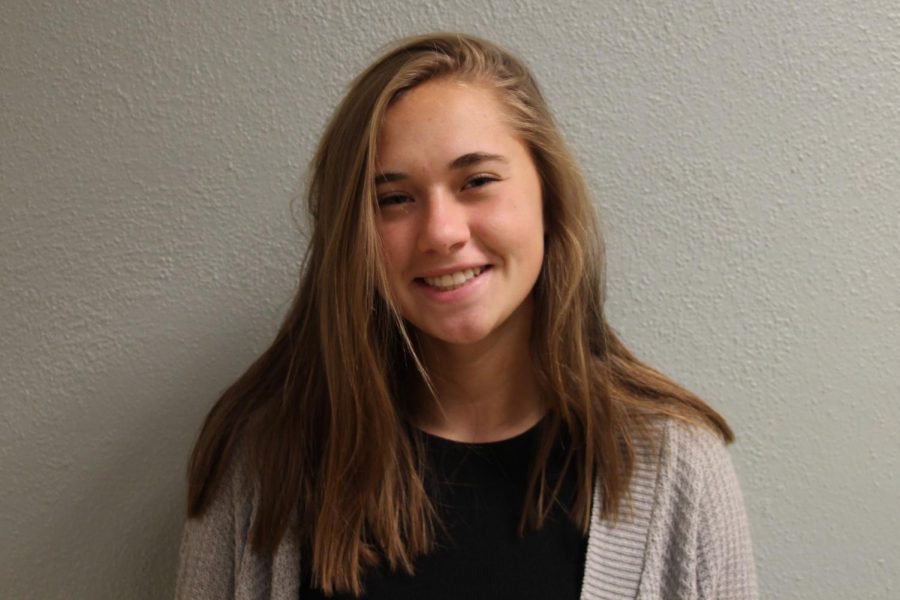 How long have you played soccer?

I have played soccer since I was six.

How long have you run cross country?

I went to cross country captains’ practice last summer, but this is my first season competing.

Why did you decide to play soccer and run cross country this fall?

I really wanted to run cross country because I run distance for track and I really like the coaches and the coaches really wanted me to. They have been trying to get me to do it since my sophomore year when I started track, but I just really didn’t want to let go of soccer because I love the sport and the people.

What do you enjoy most about soccer?

I really just like the feeling of being on the field and the team working together. When you do something that helps the team on the field, you just get that feeling that you’re contributing.

What do you enjoy most about cross country?

Almost kind of the opposite (of soccer). I really like how it’s kind of just me, and I am racing against myself. The feeling after (a race) is probably the best part. It is just so rewarding knowing that you just ran that far and that fast.

What is your favorite soccer memory?

Last season when we played Cretin-Derham Hall. It was the first game on varsity that I got a lot of playing time and the first time I really felt good about my playing time. Even though we tied the game, we played really hard.

Who is your sports role model and why?

Meghan Klingenberg comes to mind because she’s an outside defender, like me, and she doesn’t seem very flashy, but her stats were actually like the best on the (United States Women’s National Team).