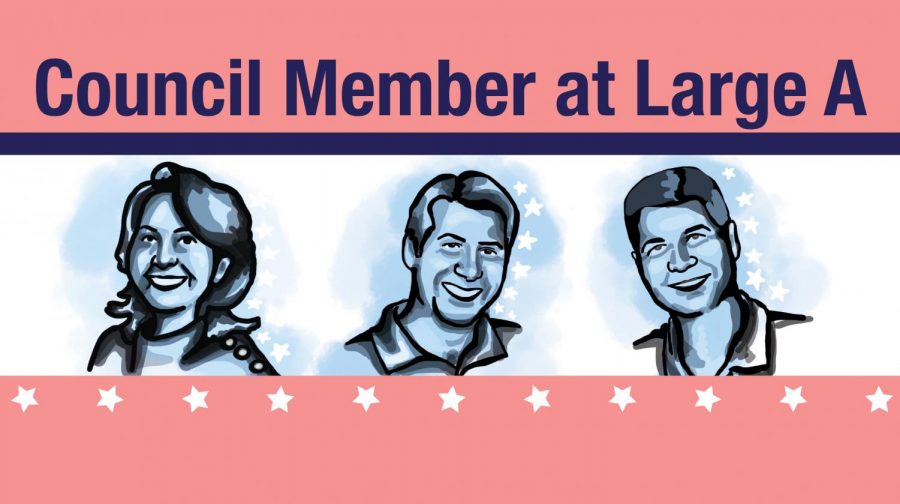 Meet the candidates for St. Louis Park council member at large A

I decided to run after being encouraged after I lead the effort to pass ranked choice voting. I’ve always thought about being on the City Council, and after leading the effort to pass ranked choice voting people were saying, ‘Deb you should run for City Council,’ so I did some training, and then the stars kind of lined up and I thought now is as good a time as any to run.

What have you learned about running for the first time?

I am very impressed by the campaign process. A lot of campaigns are made at the doorstep because that’s when you (make) the one-on-one connections with people. I have met some of the most fantastic people in St. Louis Park, and I feel greatly rewarded for having done that. I think having that interaction with so many people will help me a better City Council member.

The number one thing is the light rail, which comes in 2023. We want to make sure that our redevelopment effort promotes and strengthens our neighborhoods, and we want to make sure we do that redevelopment around the stations. We also have to look for additional transportation options to get to the light rail easily. Another thing we need to work on is affordable housing, a national crisis, so I’m looking forward to partnering with other organizations. We also need to make sure we have and maintain our NOAH (Naturally Occurring Affordable Housing) stock. We need a balanced approach to housing.

Some of the other priorities are that we want strong, healthy neighborhoods. We need to increase economic stability. I want to make sure that we increase community involvement, we have a lot of wonderful environmental gems and I want to make sure we are taking care and improving the environment that we have. We (need to) increase some of our gathering spots, and that’s also going to help us bridge what we need to do with some of the diversity equity and inclusion initiatives.

I’m actually a project manager by trade, which will help me lead with a collaborative style. The other part of my background is with the League of Women Voters of St. Louis Park, I was the president for more than six years, and during that time I helped start a scholarship program for (Park) students. I helped start “Kids to Vote”, where kids 2-8 can vote like their parents, and the third thing I did with the League of Women Voters was help pass ranked choice voting. 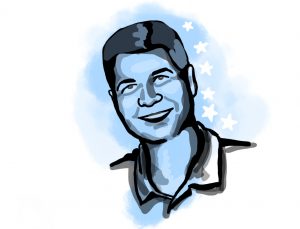 I spent 25 years in the high-tech industry (and) have run a budget about the size of the city’s. I left that world six years ago because I was concerned about my kids’ future around climate change, and for most of the past five years, I was running a small national nonprofit called iMatter. iMatter works with primarily high school students that care deeply about the climate crisis and want to get involved. One of the first groups that we worked with was here in St. Louis Park — it was the Roots and Shoots club at the high school. They worked for our City Council a few years ago, gave them a report card, pushed them to take action and the council adopted our Climate Action Plan last year, (which is) the best in Minnesota and one of the most aggressive in the country.

I think climate change is something that is one of the biggest issues that we face in all levels of government. We have an opportunity here at St. Louis Park to rethink how things will work in this new environment.

What changes would you like to make to address climate change?

I want to build on this Climate Action Plan. I want to see a really effective business engagement program implemented because commercial sources account for about two thirds of our emissions in St. Louis Park. I want to be able to simultaneously provide opportunity education for businesses — what they can do to lower their (energy use) and lower their footprint, as well as to save money in doing those things. When they do these things that are right for emissions in the environment, I want to provide them publicity so we can drive more people to them. I’d like to see us expand the great Recycling Champions Program.

I believe that climate is not a single issue, it impacts virtually every area of government at every level, but at the city level, (climate change can be seen) from waste to renewable energy, from transit to economic development and even affordable housing which is very important to me. … I’ve been doing a lot of door knocking and talking to residents, so for the basic issues of making sure the streets are plowed and clean, public safety is important and also paying real careful attention to the tax burden on people.

I have a lot of experience in seeing what other cities have done around climate change and also having exposure to many other cities gives me a real deep appreciation for St. Louis Park. At the core of my skill set is a real attention to listening to people, listening with the intent to understand, and then being able to get input from many different sources and then bridging them together. 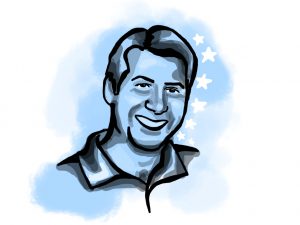 I’m running for re-election. I’m on my second term and I’ve enjoyed being on City Council. I would like to continue to (be on City Council), that’s why I decided to run again.

Have you ran in the past?

I ran for City Council in 2003 and I lost and then I ran eight years later in 2011 and I won. I grew up in St. Louis Park and I moved away when I was in ninth grade. It’s a tough time to move, when you’re going in high school, and I always wanted to get back to St. Louis Park. When I was got out of college, out of the army, I made sure to move back to St. Louis Park. I really truly love the city, I want to be part of it.

I think the biggest thing we need to do is follow our path of the five strategic priorities, which are climate change, which we have passed a climate action plan, one of the most aggressive climate action plans in the country, and the most aggressive in the state of Minnesota.  Racial equity and inclusion is another (priority). Transportation (is another issue), public transportation and transportation, getting around the city. Having a broad range of housing and neighborhood oriented development, and opportunities to build social capital through things that we passed not that long ago within the last year.

There’s a handful of things that have been done over the years that I was proud to be a part of. One was our 10 years street paving program.  All the alleys will be paved (which) doesn’t seem like a big thing because it doesn’t affect everyone in the city, but it affects our city workers because they’re going to alleys and plowing and it affects those homeowners that are on the alleys. Another thing is getting the Westwood Nature Center building rebuilt, which is being built right now. I think we’ve got one of the best nature centers in the Twin Cities area, and I would like it to be a bigger part of the school curriculum.

What I did after losing the election in 2003 was I wanted to be on City Council, but I really learned a lot about running for office back then. I (then) tried to work, for, lack of a better term, on my city resume. I have a lot of volunteerism through a lot of different associations. I’m a board member for STEP, actually one of the things I’m most proud of is being on the STEP board. With all those connections to the community, and really engaging myself, I think that’s the type of experience that I bring to the role and I hope to continue (to) bring to this role.