Hot flicks to watch this summer

Based on the original motion picture from 1984, “Ghostbusters,” comes the modern version with a team of all women instead of men. Filled with a cast of Melissa McCarthy and two Saturday Night Live regulars, Kristen Wiig and Kate McKinnon, it’s ready to make you laugh for days. It is set in New York with a paranormal researcher, physicist, nuclear engineer and a subway worker who go on the hunt for ghosts in the area. Premieres June 8.

A sequel to the original motion picture from 2003, “Finding Nemo,” focuses in on one of Nemo’s friends, Dory. The storyline is about how she suffers from short-term memory which caused her to be separated from her parents when she was little. Now all grown up, Dory is on a mission to find her family with the help of different fish friends along the way. Premieres June 17.

A motion picture that revolves around overcoming bullies and creating friendships with unlikely people. Bob, a guy who was bullied in high school, befriends one of the most popular boys in school, Calvin. Twenty years later, they reconnect, but to Calvin’s surprise, Bob is a part of the CIA. Throughout the movie, Calvin and Bob have to run from the bad guys while trying to stay alive at the same time. Premieres June 17.

The third motion picture in the Purge series involves the upcoming election. The movie centers around Senator Charlene Roan, who makes it her mission to put a halt to the purge. Her head of security vows to protect her as the night turns into the Purge — but will he be able to protect her against  the people wanting to hurt her? The senator and her head of security must fight for their lives to be able to complete her goal of stopping the Purge. Premieres July 1.

“The Legend of Tarzan”

Based on the original cartoon version, “The Legend of Tarzan,” the new movie shows how the storyline plays out with real people, not cartoons. The movie focuses on Tarzan, a man who was raised by gorillas in the forest after his parents were killed. Now, Tarzan is all grown up and must return to the jungle to protect animals and the woman he loves before a mining company kills them all. Premieres July 1.

“The Secret Life of Pets”

Do you ever wonder what your pets do at home when you are not there? This movie will tell you exactly what they do. It follows the lives of different pets around a neighborhood in New York and what their lives entail once their owners leave. Premieres July 8.

A movie about a group of misfits that don’t know how not to get into trouble with the law. The government sends them on a mission to stop evil from reaching the city, but the catch is they might not make it back alive. Even though they are highly dangerous, the government needs them to save the city. Premieres August 5. 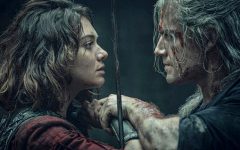 ‘The Witcher’ highlights the potential for fantasy genre 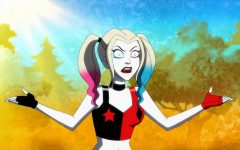 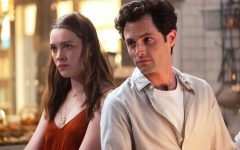 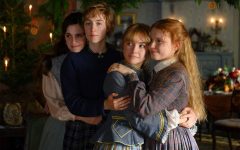