‘Old Town Road’ proves to be a country song

The release of Lil Nas X’s song “Old Town Road” has come with controversy after Billboard decided to pull the plug on the song’s place in the “Hot Country Songs”. 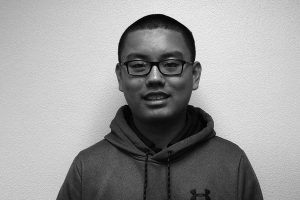 Even after the remix was released with Billy Ray Cyrus, it was unfair to take the song off the list because of the song’s country roots.

The lines of country have been blurred over the years with songs like Pitbull’s “Timber” and Florida Georgia Line’s “Cruise” featuring Nelly. With these less traditional country songs being counted as country, there is no reason “Old Town Road” should not fall under these parameters.

I fully believe the original was a country song, but in the real world concessions must be made. With the addition of country music legend Billy Ray Cyrus, the remix falls into the country genre.

I understand how some people might bring race into the debate, but the fact of the matter is the original version was a country song. The addition of Billy Ray Cyrus to the remix ensures the song is country.

Country singer Shane McAnally had his own take on this debate. “Country is a lot of different things. I think by inclusion we just bring more people to the traditional music,” McAnally said.

If country artists can accept that “Old Town Road” is classified as a country song, then Billboard should also include it in the country genre.

With the recent surge in popularity of “Old Town Road” by Lil Nas X, followed by the remix 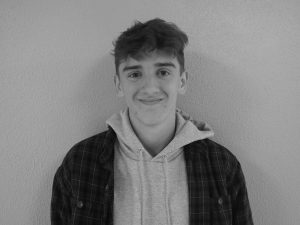 featuring Billy Ray Cyrus, a lot of controversy has arisen regarding whether or not the track should be considered in the country genre. The track rose to number one on the Billboard “Hot Country Songs” for country music, but was removed because of its lack of a country theme, which was clearly the right decision.

“Old Town Road” is a rap song with country themes, not a country song. The heavily trap influenced instrumental dominates the track, and the lyrical themes of the country lifestyle are only half of what makes up the genre of the track.

Even with Billy Ray Cyrus’ reinforcement through lyrics about the country lifestyle in the “Old Town Road” remix, the track is still clearly a rap song because of the heavy bass and jumpy trap percussion.

“Old Town Road” is a clear satirical take on the country genre. The ironic tone of the track is easily noticeable as the song is far off of any of Lil Nas X’s other works and is supposed to be a play on country music over an actual country song.

The initial outrage from “Old Town Road” being removed was all for laughs and not an actual concern as the track is more a joke than a serious musical take. In addition, the mass amount of news coverage was for the sole purpose of getting a few more clicks over any other agenda.

Overall, Billboard made the right decision by removing “Old Town Road” from the Billboard “Hot Country Songs” as it is truly a rap song with country lyrical themes and cannot simply be summed up as a country song.