The House of Representatives impeached President Trump for abuse of power and obstruction of justice Dec. 18, the trial may go to the Senate, according to NBC News.

With the House of Representatives voting to impeach President Trump Dec. 18, bipartisanship is starting to become a thing of the past. This is true not only at a federal level, but at a local level as well.

The harsh reality is, due to the negativity surrounding impeachment proceedings, Republicans and Democrats will soon become too polarized to collaborate any time in the near future. Some voters don’t even look at ballots, they just choose all the candidates with the correct letter next to their name.

Impeaching Trump has already caused grave consequences. First, the whole process is adding to his “witch hunt” narrative, the theory he has been amping on social media that the Democrats are out to take him down. This storyline intrigues many voters and those on social media who follow him. The impeachment process will not get Trump out of office, but it will give him the momentum that could win him the election in 2020. Senate Majority Leader Mitch McConnell, R-Ky., said there is no chance Trump will be removed from office, according to NBC News. Unfortunately for Democrats, McConnell plays a huge role in whether or not the Senate will remove Trump from office.

Impeaching Trump could also come back to haunt Democrats in the future. Representative Louie Gohmert, R-Texas, implied that if a Democrat wins the presidency and Republicans win back control of the House, the Republicans could impeach said president with ease, according to The New York Times. This could lead to some miserable times in Washington for both parties, and could have major repercussions.

However, the most concerning consequence of the impeachment process is at the local level, between American citizens themselves. As of now, Republicans and Democrats miraculously coexist. However, as the parties become more radical, so will the party members. With the party leaders feeding biased and twisted information to their parties, the consequences at the local level are unimaginable. While we hope to be able to put politics aside to live together with our neighbors, this might not be a reality in the near future based on the way the United States is being radicalized.

As of now, Park is heavily liberal, but still has a strong Republican population. While it could be more balanced, we should be thankful for the opposing viewpoints we have at our school that create great conversation. If the radicalization of politics spreads to a local level, which it already has in some ways, we might not have a politically diverse high school anymore. While this is just speculation, it is an entirely realistic scenario that can be a result of Trump being impeached.

Trump’s impeachment has already had severe consequences on the relationship between Democrats and Republicans on all scales, and could lead to an America where there is no bipartisanship. Due to Trump’s impeachment, the country will forever be changed in ways that would make our Founding Fathers immensely disappointed.

With Trump’s official impeachment on two articles in the House of Representatives Dec. 18,  St. Louis Park should be able to fix its divided community. 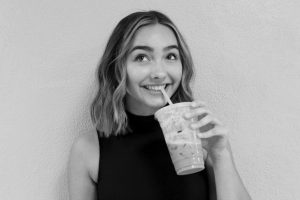 Since the 2016 presidential election, St. Louis Park has been divided into two sides — the left and the right. We have lost all ability to understand each other’s point of view.

The impeachment proceedings should give St. Louis Park citizens an opportunity to unite. We all should be in agreement that the most high ranking elected official is not above the law. Whether the president is a member of your political party or not, he shouldn’t be abusing his power. We need to hold our elected officials accountable in order to maintain a functioning democracy.

Park is a predominately liberal school. We should take this opportunity to try to fix the divide we experience daily in an equally liberal state.

St. Louis Park citizens should also take this as a lesson to learn from. While running for president, Trump was impulsive and made it nearly impossible to have a productive debate. It felt as though every week he made a new bigotted comment or had another scandal exposed. It should be no surprise that he would abuse his power in order to investigate one of his front-runner opponents, Joe Biden, as well as intimidate witnesses.

The campaigning process is the perfect time to pick up on harmful character flaws that come out in the heat of the moment. Trump’s flaws have now become a reality. Staying informed during the election process is pivotal in order to eliminate candidates who are running for the wrong reasons.

The impeachment serves as a perfect way to unite the country and keep people, especially our youth at Park, involved in politics and voting.